Munnar: A Place where you can soak yourself in the Romance of nature 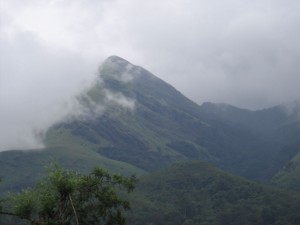 Last week after completing my official work in Ernakulam I headed towards Munnar to spend my weekend in the lap of pristine nature. Gripping greenery, mountain backdrop, calmness and cool refreshing surroundings make Munnar a breathtaking hill station of Kerala and a haven of peace and tranquility. Though this place is among the most favored tourist destinations round the year but during monsoon one can feel the magical and hypnotizing charm of this place at its best.

Scores of tourists seek Munnar Travel Packages so that they can explore the beauty of pristine nature at their best. The natural vistas also make it a most cherished destination among couples who come here to enjoy their honeymoon in the lap of nature. Number of newly married couples seek Munnar Honeymoon Tour Packages so that enjoy their solitude in the surrounding of immaculate nature.

I with my friend Rahul arrived in Munnar around 7.30 on the Friday night after a 4 hour hectic journey in a taxi from Ernakulam. It was dark so we couldn’t see much of the things but we felt the fragrance of tea and spices scattered in the atmosphere of this place. After reaching here we headed directly to Willow Hill hotel where our travel agent had booked a room for us.

The Pullivasal tea estate was a 5 minute walk from the hotel which provided us a chance to enjoy the sheer calmness of nature and aroma of fresh tea gardens. Big bang thunderstorm woke us up in the midnight which was later accompanied by heavy rain. I went to the balcony from where I saw heavy rainfall over the vast expanse of tea estate which was illuminated at intervals by heavy lightning.

I enjoyed this dramatic casting of nature which reminded me of several scenes of Hollywood movies. The natural condition of that time was so tempting that I wished to go out and enjoy but somehow I consoled myself and stayed in the hotel balcony as a spectator with a cup of tea.

After having typical Kerala food (Puttu and Vegetable Stew) in our breakfast we moved towards our destination i.e. Top Station. It is the highest point in Munnar at a distance of 41 km from the city center and is located at an altitude of 1700 meters above level. We reached here after 3 hours drive in a taxi. On the way to this place we saw layers of hills having tea garden here and there which looks like a green carpet covering the hills.

After reaching Top Station we saw valley on either side with wild flowers, shrubs and tall trees all over. While moving further we saw a small tea shop selling various types of tea. There we tasted hot green tea whose taste still lingers on my taste buds. Due to heavy rain most of the trekking routes were closed and only paved routes were opened. We took one of the routes and went into the woods. While we were trekking we enjoyed magnetic spell of nature in the form of cloud, and mist over the hill slopes and dense forest.

The euphoria of this place was maximized by the misty clouds which soon engulfed the entire surrounding. For the first time in my life I experienced the joy of clouds. This natural glory enthralled us so much that we started running, shouting, jumping like crazy guys. The drizzling cloud drenched us completely but the ecstasy kept us engaged for a long time. While returning we saw several small mountain streams which were the result of recent downpour.

After balancing over slippery pavement we returned to the place where we left our taxi. Due to heavy rain temperature suddenly dipped and we started shivering. We sipped the ginger tea at the same small tea shop and returned to our hotel in a taxi. 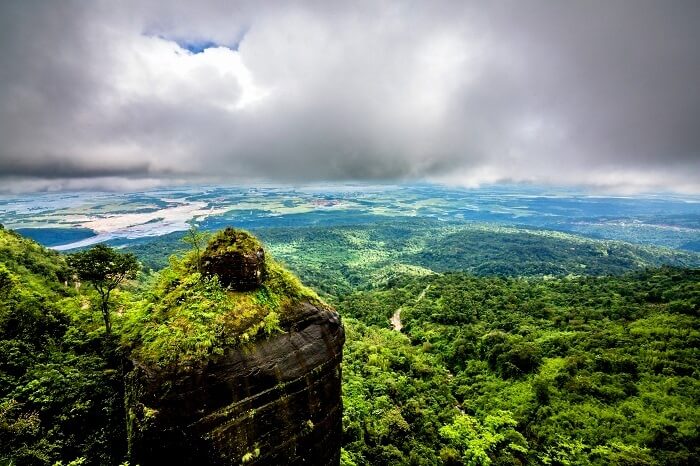 Best Monsoon Destinations of India to savour the season of bliss 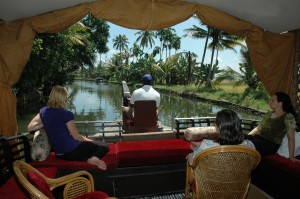 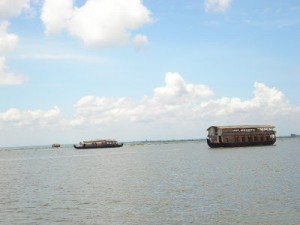