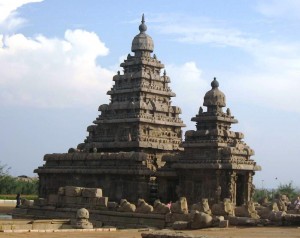 Seeking a rich cultural experience with breathtaking architectural brilliance, after treating my senses with the incredible beauty of the Shore temple of Mahabalipuram, I moved on to explore the popular Five Rathas temple and Arjuna’s Penance. Giving an insight into the glorious history of Tamil Nadu, the Five Rathas are truly the marvels of human creativity.

Seeing the fascinating architectural beauty of the Five Rathas I wondered how did the craftsmen of the bygone era, with primitive tools and almost no technology, managed to make such architectural marvels! Their passion towards art and architecture majestically reflects in these structures. Someone has aptly said, “Nothing great in the world has ever been accomplished without passion.”

My guide Shankar briefed me on the history of these temples. Built by the Pallava King Narsimha in the 7th century, the Five Rathas temples flawlessly reflect the beauty of Dravidian style of architecture. The most striking fact about these temples is that they are monoliths(a monument made from one large block of stone). These temples were carved out from the hill. No wonder it demanded a great deal of skill and passion to carve out a temple from a single rock. The Five Rathas temples are named after the five Pandavas of the great Hindu Epic Mahabharata; namely Dharmaraja Ratha, Bhima Ratha, Arjuna Ratha, Draupadi Ratha and Nakul Sahadev Ratha. There is also a Ratha dedicated to Draupadi.

These temples look like Buddhist shrines. I was completely mesmerized by the beauty of the carved pillars of Arjuna’s Rath. The striking elephant sculptures of the Nakula and Sahadev Rath are also captivating.

My next halt was The Arjuna’s Penance, an arresting rock sculpture with an interesting legend. Carved out from a whale shaped rock, Arjuna’s Penance is 9 m in height and 27 m in length. This extremely beautiful structure derived its name from Arjuna, a hero of the great Epic Mahabharata. The structure depicts carvings of several heavenly deities, animals and people. According to the legend Arjuna did penance at this place to obtain a boon from Lord Shiva.

With the golden memories of these architectural marvels I retreated to the hotel I was booked in. My Mahabalipuram Tour was no less than a rejuvenation therapy which filled my heart with joy. Mahabalipuram is truly the pride of Tamil Nadu.

http://blog.capertravelindia.com/mahabalipuram-tour-2.html2010-01-14T07:51:13+05:30Pooja ChaudharySouth India Tours
Shore Temple Seeking a rich cultural experience with breathtaking architectural brilliance, after treating my senses with the incredible beauty of the Shore temple of Mahabalipuram, I moved on to explore the popular Five Rathas temple and Arjuna's Penance. Giving an insight into the glorious history of...
Pooja Chaudharypooja@capertravelindia.comAuthorIndia Travel Tourism
Bookmark In Your Favourite List !