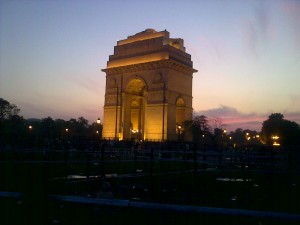 Traveling has always been my passion as it fills me with unsurpassed joy. In fact, it would be more apt to say that I love to be a traveler. It gives me an opportunity to be in rhythm with Mother nature, to explore the richness of various cultures and also to expand my horizon as a human being. There is so much to experience and explore in this world.

When it comes to traveling India has always fascinated me. Although I had not traveled to India before but I had heard and read a lot about it. I had whole one week in my hand so I thought of coming to India for the famous Golden Triangle Tour. So I began my search for the right Tour company which can provide me an enjoyable and hassle free tour. After browsing the Internet for quite some time I came across Caper Travel Pvt. Ltd. which offers a variety of India tours. To ensure its authenticity I checked whether it is government authorized or not. It is and I was completely satisfied when I saw that it is also a National Tourism Award Winner inbound travel company. Then I mailed my requirements to the company and withing a few hours the reply came. Prompt action! I was impressed. So finally I booked my Golden Triangle Tour.

Finally I landed in India to begin my affair with it. My experience began at the car that picked me up. The young chap escorted me to hotel Ramada where I was booked. On the way he told me that the Golden Triangle Tour is the most famous tour among foreigners as it offers glimpses of richness of Indian culture. It is a four-star property located in the center of Delhi. After dinner I retired to bed as the next morning I had to start the Delhi sightseeing tour at 9.

Delhi, Jaipur and Agra are the three enchanting destinations covered in the Golden Triangle Tour. We began with Delhi sightseeing tour. Post breakfast, I along with the guide named Shankar headed towards Old Delhi, a 17th century walled city of Shah Jahanabad. The first attraction I saw was the famous Jama Masjid built by the Mughal Emperor Shah Jahan. With history dating back to 1656 AD, it is the largest mosque in India. It was nice to see the mosque.

Enjoying the rickshaw ride we reached Chandni Chowk near Red Fort. It is a wonderful bazaar area( established in 1648) which is famous for a variety of dishes. I tried rabdi( a sweet dish made of milk) with jalebi( a sweet dish). It was yummy. 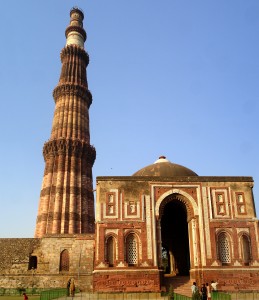 Our next halt was Raj Ghat, a memorial to Mahatama Gandhi. It was quite peaceful there. Then we further moved on to the picturesque and historic India Gate which was built in memory of the Indian soldiers who died in the World War I & the Afghan Wars. Then we visited President’s House (the official residence of the President of India). It is a magnificent structure.

Post lunch, we visited Humayun’s Tomb, memorial of Mughal Emperor Humayun. I found it really fascinating. The architectural beauty was arresting. Also it is a World Heritage Site. Now was the time to visit the bewitching Qutub Minar. It is a UNESCO World Heritage Site. It was built in the year 1206 and is the tallest minaret in the world. This was the end of my Delhi sightseeing tour and the next day I was slated to leave for the princely city Jaipur-Day 2 tour.

http://blog.capertravelindia.com/golden-triangle-tour.html2010-02-18T06:57:54+05:30ChristineNorth India Tours
India Gate, Delhi Traveling has always been my passion as it fills me with unsurpassed joy. In fact, it would be more apt to say that I love to be a traveler. It gives me an opportunity to be in rhythm with Mother nature, to explore...
Christine sanjog@caper.inAuthorIndia Travel Tourism
Bookmark In Your Favourite List !