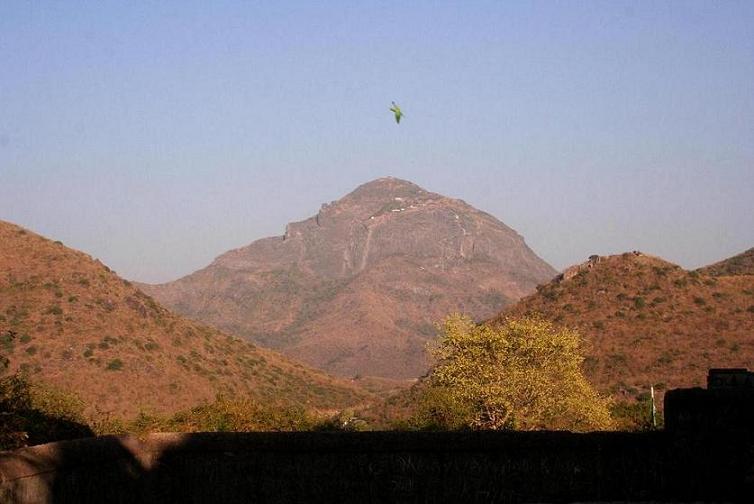 Girnar is one of the holiest places in Gujarat, situated near Junagadh at a distance of 327 from Ahmedabad. It is a holy place and an important pilgrimage for both Hindus and Jains. There are a number of temples located here, which have converted it into a township of temples. Amidst the lush green Gir Forest, the mountain range serves as the hub of religious activity. Apart from this, there is a mosque attracting many Muslim pilgrims to the place. This has made Girnar a perfect example of unity in diversity in India.

The summit has been an important religious place since the 3rd century. Girnar temples present a true blend of art, religion and devotion. The sculptural art used in these temples is outstanding. They have stood the test the time and the cruelty of various invaders. Despite that, the art forms of the temples still retain their magnificence. The Jain temples at Girnar attract devotees of both Shwetambar and Digambar sects of Jainism. The Neminath Temple is the main attraction of Girnar. It was built during 1128 AD to 1159 AD.

According to Jain religious beliefs, Neminath, the 22nd Tirthankar became an ascetic after he saw the slaughter of animals for food on his wedding. He renounced all worldly pleasures and came to Mount Girnar to attain salvation. Here, Bhagwan Neminath reached the highest state of enlightenment, Keval Gyan and Moksha, after great austerities. His bride-to-be also followed his path and founded the ‘Sandhvi Sangh’, the organization of women ascetics. The rectangular Neminath temple is the greatest temple here.

It has an idol of Lord Neminath in black granite with jeweled eyes. There are quadrangle courtyards, corridors and other shrines. The pillars are adorned with intricate carvings of Jain Tirthankars. The ceilings bear carvings and sculptures of Dancing Goddesses. Apart from this, there is the Mallinath temple, which is dedicated to the 19th Tirthankar. It was constructed by Vastupal and Tejpal. Neminath in 1231 AD. The Lord is shown in blue color here. The Rishabhadev Temple, situated nearby, is in golden color.

It is dedicated to 24 Tirthankars of Jain religion. Another Jain temple in the region is the Parshwanath Temple. It was built in the 15th century and is also known as Meravasi. Besides this, there is a Goddess Ambe Temple at Grinar. The temple is visited by the newly married couples for good fortune and prosperous married life.A mosque nearby is thronged by childless women for blessings. The Dattatreya hill, halfway down the temple cluster, also houses a number of other temples worth seeing.

http://blog.capertravelindia.com/girnar-mountain-junagadh-gujarat-india.html2009-09-29T05:05:13+05:30sanjogGujaratIndia TourGirnar Junagadh,Girnar Mountain,Girnar Parvat,Girnar Temples,Junagadh Attractions,Junagadh Tourism
Girnar Mountain Girnar is one of the holiest places in Gujarat, situated near Junagadh at a distance of 327 from Ahmedabad. It is a holy place and an important pilgrimage for both Hindus and Jains. There are a number of temples located here, which have converted it into a township...
sanjog Kumarsanjog@capertravelindia.comAdministratorIndia Travel Tourism
Bookmark In Your Favourite List !