My First Solo Trip to Ladakh

Travelling solo to Ladakh remains on the bucket list of every wanderer. This once in a lifetime experience can completely change the way you look at the world. Exploring some unexplored paths, making your own way, finding the best accommodation that fits your budget and mingling with locals to know the history of the place are some of the best lures for solo travellers. And there can’t be a better destination than Ladakh for a memorable solo travel experience. 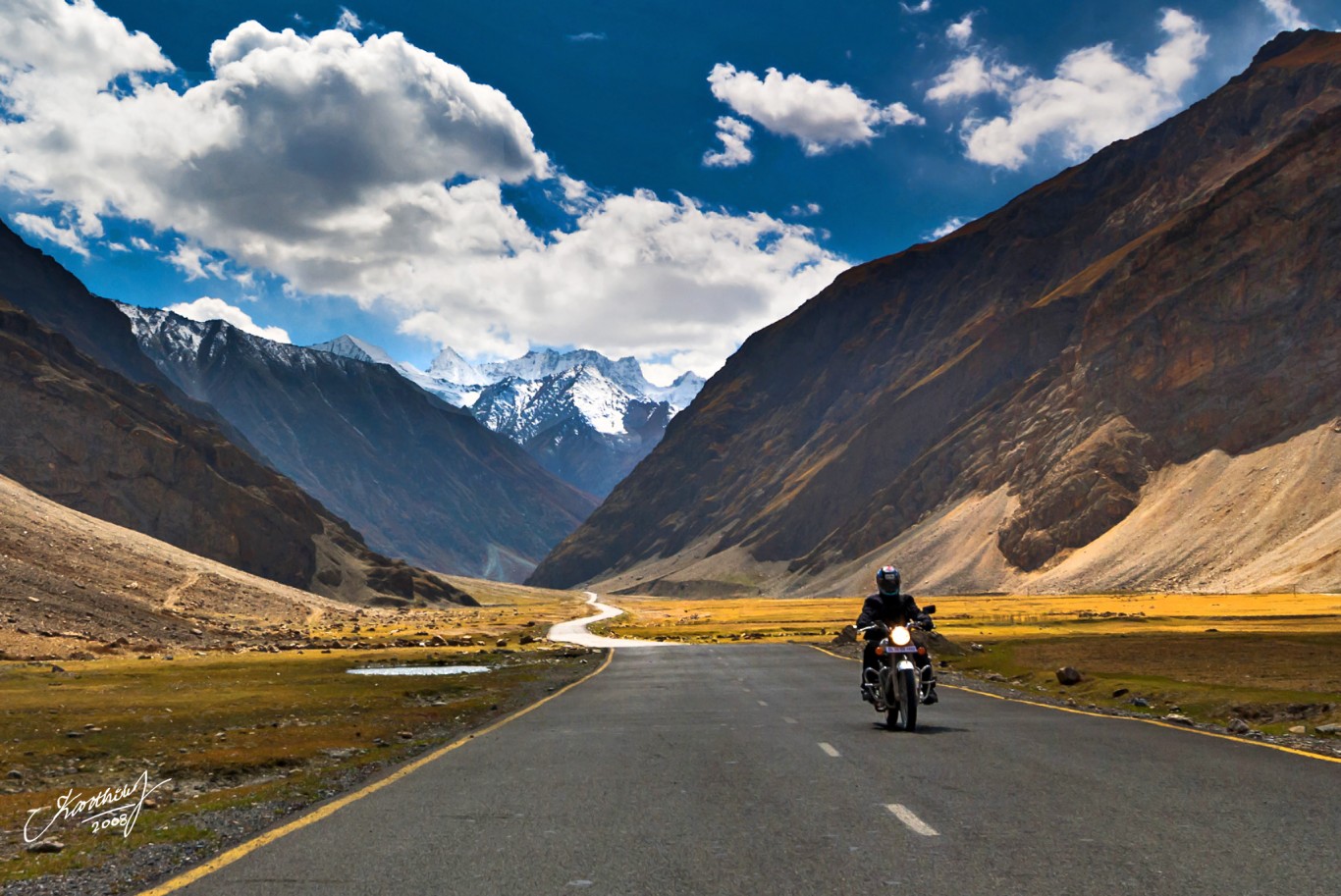 So, when I decided to travel solo for the first time, I was deeply tensed. Though I have travelled a lot, travelling alone still gives me shivers. Having no company, fighting against all the odds alone and meeting unknown people was something novice to me. Still I gathered all the courage and decided to go solo for my trip to Ladakh. 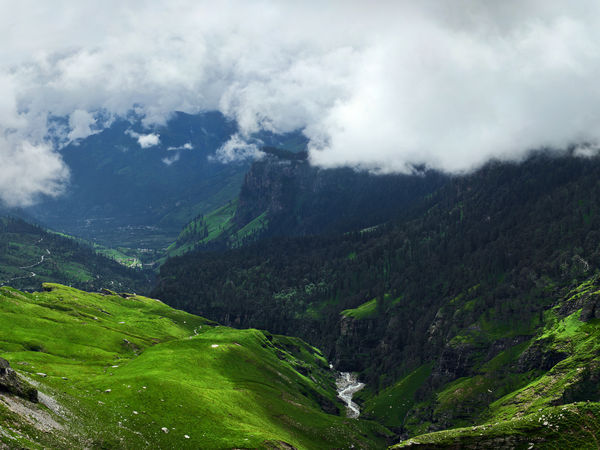 After months of research, I finally packed my bag and left for Manali by taking a bus from Delhi. It was though a tiring journey, the moment I landed in Manali I was stuck by the immaculate ambience of this beautiful hill station. After taking a good nap in my hotel, I went riding on the Himalayan passing through difficult roads along the Kullu Valley. Thanks to my bike rider cum tour guide, I thoroughly enjoyed my ride to the beautiful Kullu Valley. As I was heading back to my hotel, I was relaxed to the core and a sense of fulfilment was echoing inside me. 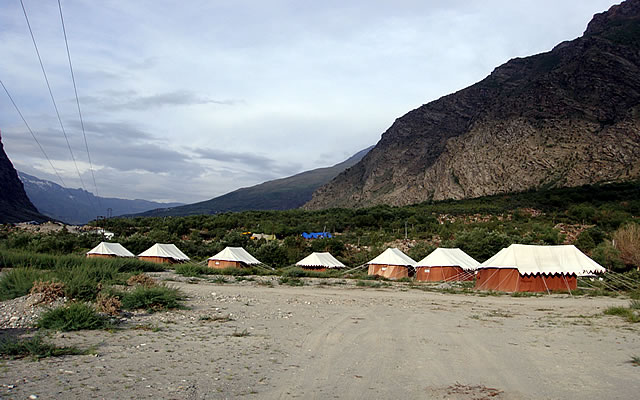 I was very much ready for my next day adventure where I had to take a ride to Rohtang Pass. My rider picked me early in the morning and we left for this 3978 meters long journey. I was excited yet anxious. As we were taking the first leg of our journey, the roads were pretty bad. My biker told me that the weather on this leg remains uncertain. As we passed through the Lahaul Valley, I was stunned by the beautiful views of snow capped mountains which looked serene. We finally reached Jispa, which was our final destination for the day. I was extremely hungry by the time we reach Jispa. Being a food lover, I always crave to taste the local food wherever I visit and I treated by taste buds with steamed momos and thukpa. The food was delectable and made me forget all my tiredness. 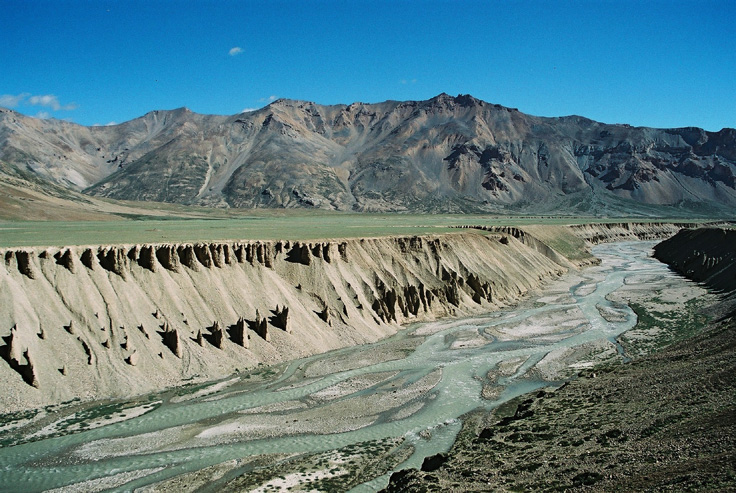 My guide asked me to relax as our next destination was Sarchu. When I was thinking that I have seen all the facets of nature, my ride to Sarchu proved me wrong. I entered into the Greater Himalayan landscape while passing through the Baralachha Pass. Lying on the border line between Kashmir and Himachal, Sarchu is a beautiful halt point with tented accommodation. I stayed here in one of the tents from where the sky seemed even bigger and brighter. I was amazed at the picturesque beauty of this place which seemed like being at some other planet. 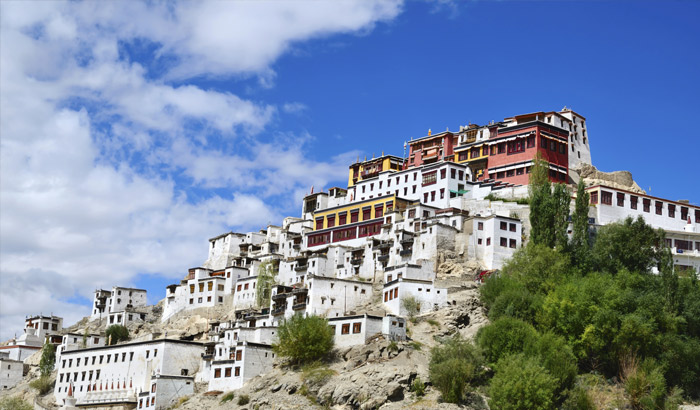 Just when I was getting comfortable with my surroundings, my next day challenged me to the core. We were riding through flatlands and had to get into the mountain horizon. We drove through the Tanglang-La Pass, second-highest motorable mountain pass in the world. Once we crossed this stretch, we were soon riding on well-maintained roads all the way to Leh. We stopped at some beautiful monasteries of Thiksey and Shey.

Thiksey Monastery is the largest monastery in central Ladakh which looks highly impressive due to its spectacular architecture and heart-warming location. The monastery of Shey took me down the memory lanes with its gold topped Victorian Stupa and two storied statue of Sakyamuni Buddha engraved with copper and gold. As we reached the borders of Changspa in Leh, we decided to stop for an overnight stay. The hotel here was small yet highly impressive due to its pleasant service with a hint of local culture. 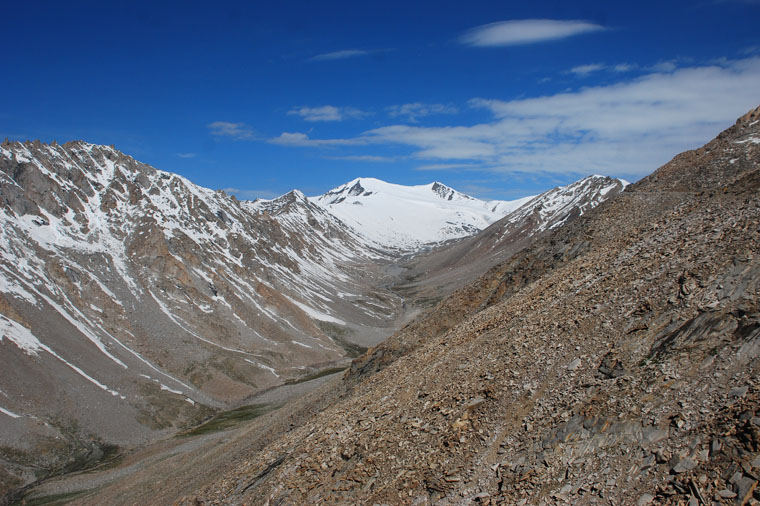 I was excited for next day as my guide told me that we will visit Khardungla Pas located at a height of 18360 ft. During the afternoon, we left for city tour of Leh where I explored the impressive Old Fort. I bagged some local artefacts and tasted mouth-watering local food. The day was a much needed break as we had been riding bike since last 5 days. I felt refreshed and rejuvenated for the journey ahead. 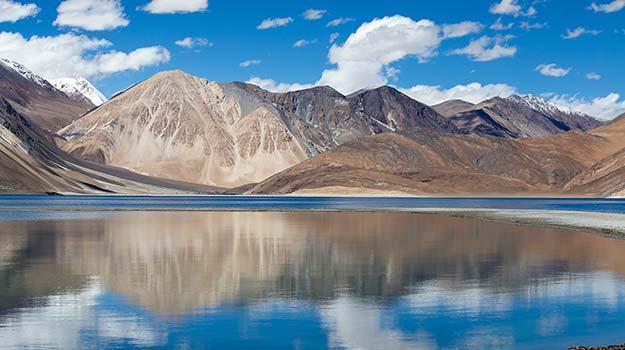 Next morning I got up early to spot the beautiful sunrise. I felt energised as we left for the very beautiful Pangong Lake, the largest brackish water lake in Asia. This crystal clear lake looks unearthly with some unseen hues of blue. This is a perfect place to hear the silence of nature and eye the most awe-inspiring vistas which are hard to believe. After spending few hours at the lake, we moved towards Chang La and reached the army checkpoint at Tangse. This is again a great sight with far stretched emerald vistas. I kept staring as far as I could to savour the sight of clear sky mingling with earth. I chose a budget hotel at Tangse which was fairly comfortable and didn’t cost me much. Though people say that solo travellers, especially females, should always pick good accommodation options, I realised that there are places where staying at budget hotels can keep you close to the local roots, I found this awesome hotel that had an amazing casino, I even had to check the SlotsReview to be on top of my game. 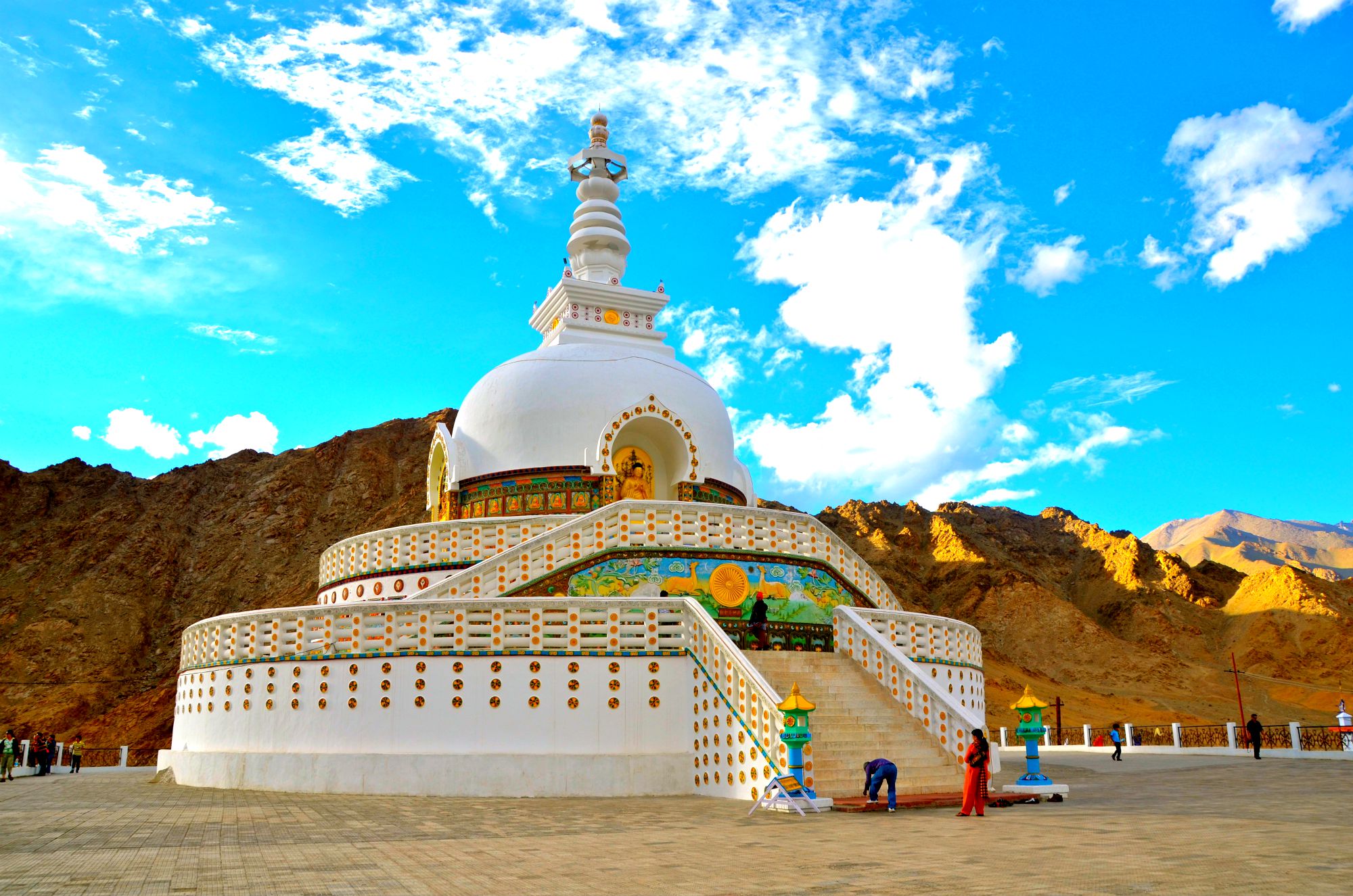 My next day expedition was towards Leh. I called this day a cheat day as I ditched bike ride and explored the local bazaars on foot. I visited the beautiful Shanti Stupa, a popular Buddhist white-dome huge structure overlooking Changspa. I spent the evening hours gazing at some unseen vistas of Indus Valley and the Zanskar range. The nature here made me felt content to the core. 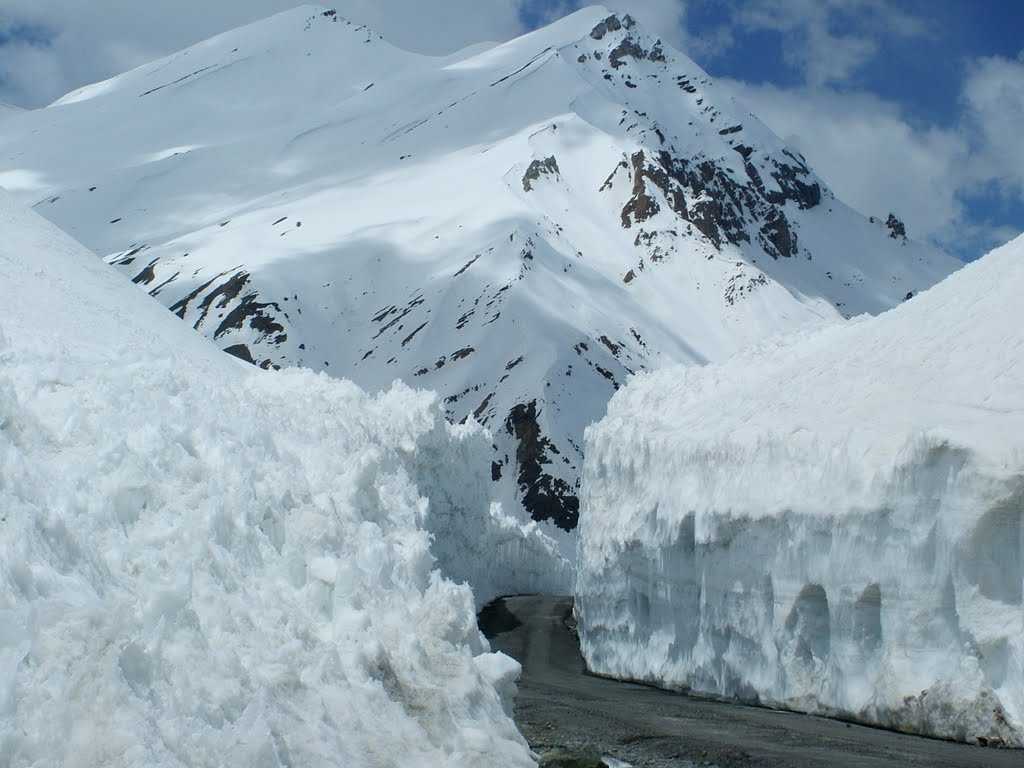 It was sad to say goodbye to immaculate Leh but I had to move forward to reach Sarchu. This place resides in the middle of the two gorgeous destinations, Manali and Leh. My further drive to reach the Baralaccha plain was pleasant. I crossed through Lahaul ranges and reached Rohtang pass. As my trip was coming to closure, I was carrying a bag of mixed feelings. I was gratified but it was hard to end this beautiful journey which fuelled the traveller inside me.

Solo travel is no more a taboo for me. Whenever someone asks me about my tour to Ladakh, I proudly say that it was one of a kind. It not only gave me some unforgettable memories but also made me believe in myself.

https://blog.capertravelindia.com/my-first-solo-trip-to-ladakh.html2017-05-29T12:09:27+05:30Caper TravelLadakh TravelBike Tour to Ladakh,Khardung La in Ladakh,Khardung La Pass,Ladakh Travel,Manali Hill Station,Manali Sarchu Leh Packages,Manali Tour,Manali Tour Packages,Monasteries In Ladakh,Pangong Lake,Pangong Tso Lake,Sarchu in Ladakh,Solo Trip to Ladakh,Tourism in Ladakh,Tourist Destinations in Ladakh,Trip to Ladakh
Travelling solo to Ladakh remains on the bucket list of every wanderer. This once in a lifetime experience can completely change the way you look at the world. Exploring some unexplored paths, making your own way, finding the best accommodation that fits your budget and mingling with locals to...
Caper Travelmanish@caper.inAdministratorIndia Travel Tourism
Bookmark In Your Favourite List ! 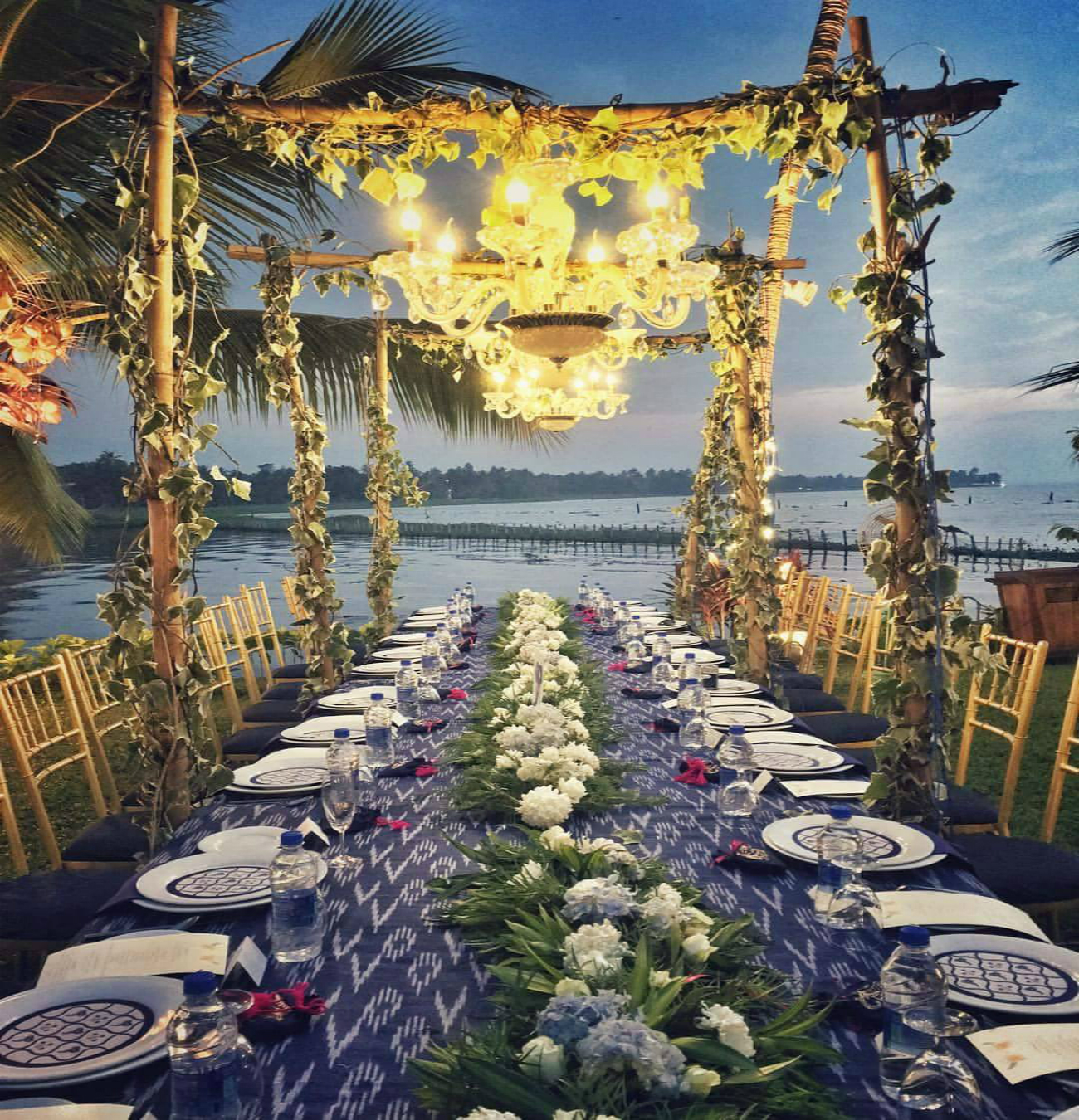 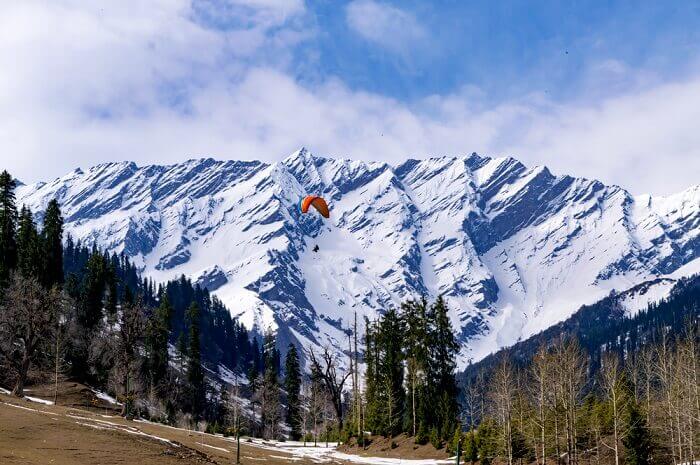 Where to Go for Jeep Safari in India