Walk the Walk in the Lanes of India

India, a land of incredible destinations, overwhelms a visitor with its heritage, monuments, natural beauty and mouthwatering food. The best way to lose in its magic and discover its minute details is with an adventure full walking tour. Each and every state of India offers a range of walking tours that are highly preferred by visitors who wish to know the country through its nook and corners. This footwork, gives one an in-depth knowledge of the state’s history, culture, bazaars and food that have created a strong impact in the mind of every travel enthusiast.

Here is a list of famous Walking Tours that allow one to rejuvenate, discover and unfold the beauty of the country that gets better with passage of time.

Mausoleum of Hazrat Nizamuddin Auliya is synonymous to Sufism in the National Capital Delhi. He was one of the most famous and revered saints in the world. Dargah of Nizamuddin in New Delhi opposite to Humayun’s tomb is a medieval settlement that is full of tombs, shops and step wells. A walk in the narrow lanes of Nizamuddin, takes introduces one to the vibrant Sufi culture of the city. It reverberates with the poems of Amir Khusrau and livens with fabulous Qawwali performances. 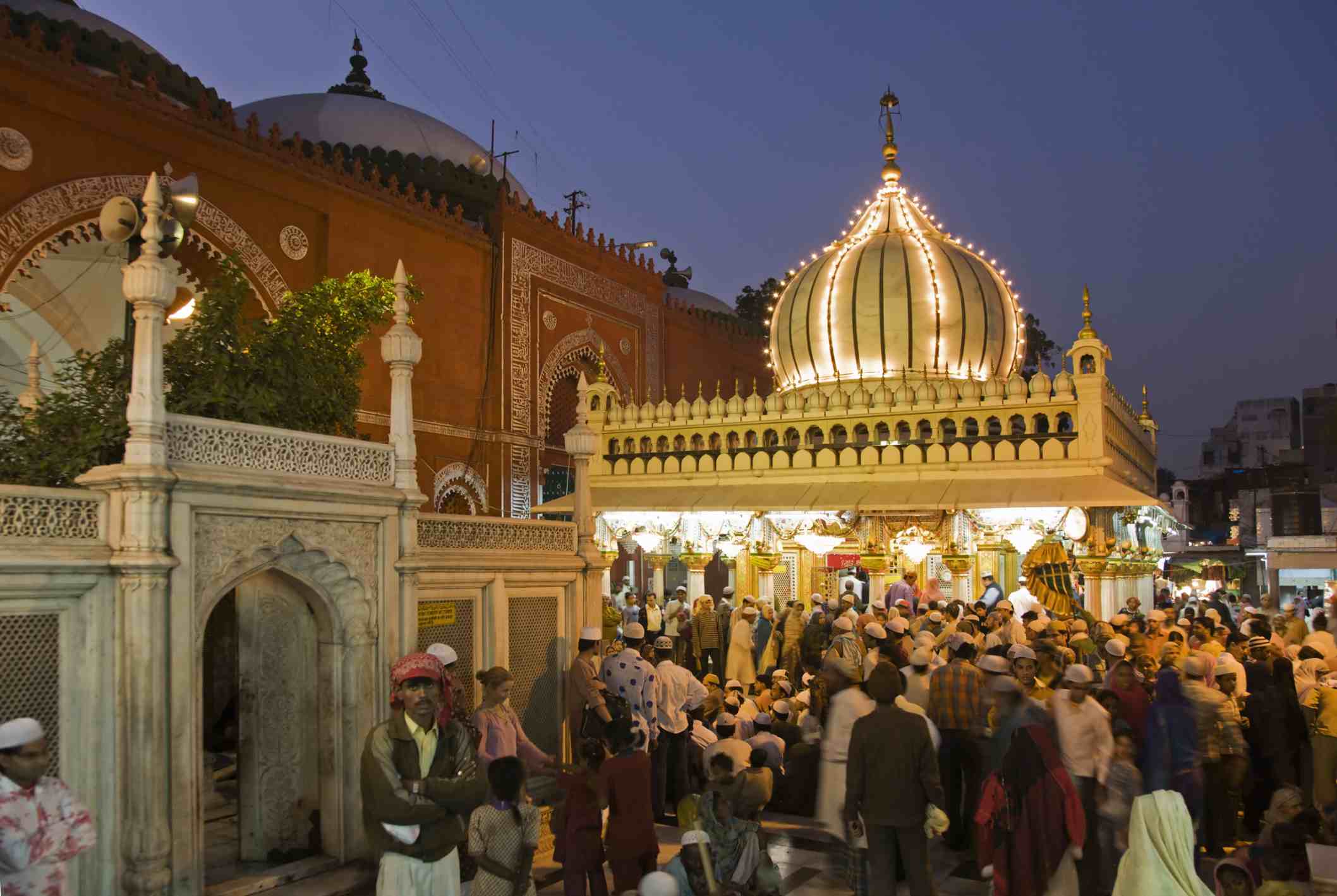 The tour begins from Chaunsath Khamba (The 64-Pillars), which is a tomb that was built during 1623–24 by Mirza Aziz Koka, son of Ataga Khan for himself. The complex also has the tomb of Ataga Khan who was the father of Mirza Aziz Koka. Spend some time admiring the Mughal architecture and their monumental expertise. Continue walking till the tomb of Urdu poet Mirza Ghalib who was one of the greatest poets during the final days of Mughal Empire. Walk past the Ghalib Academy through the crowded local bazaar to enter the Dargah of Hazrat Nizamuddin. Inside the complex are some historical tombs and a baoli or step well, whose water is considered miraculous. Till evening you can wander in the area and wait for the evening to attend the Qawwali performance.

Things to keep in mind: Nizamuddin being a Muslim dominated area follow certain traditions. To visit the mausoleum men and women should cover their heads with long scarf. Shorts are not allowed for anyone. Open shoes before entering the shines.

Beginning from Viceroy’s Arch, the Old Goa Heritage Walk takes one back to the Portuguese period when it was Goa’s former Capital city. A UNESCO World Heritage site, Old Goa is replete in beaches, majestic monuments, age-old churches and sparking blue sea beaches that are some of the major attractions. 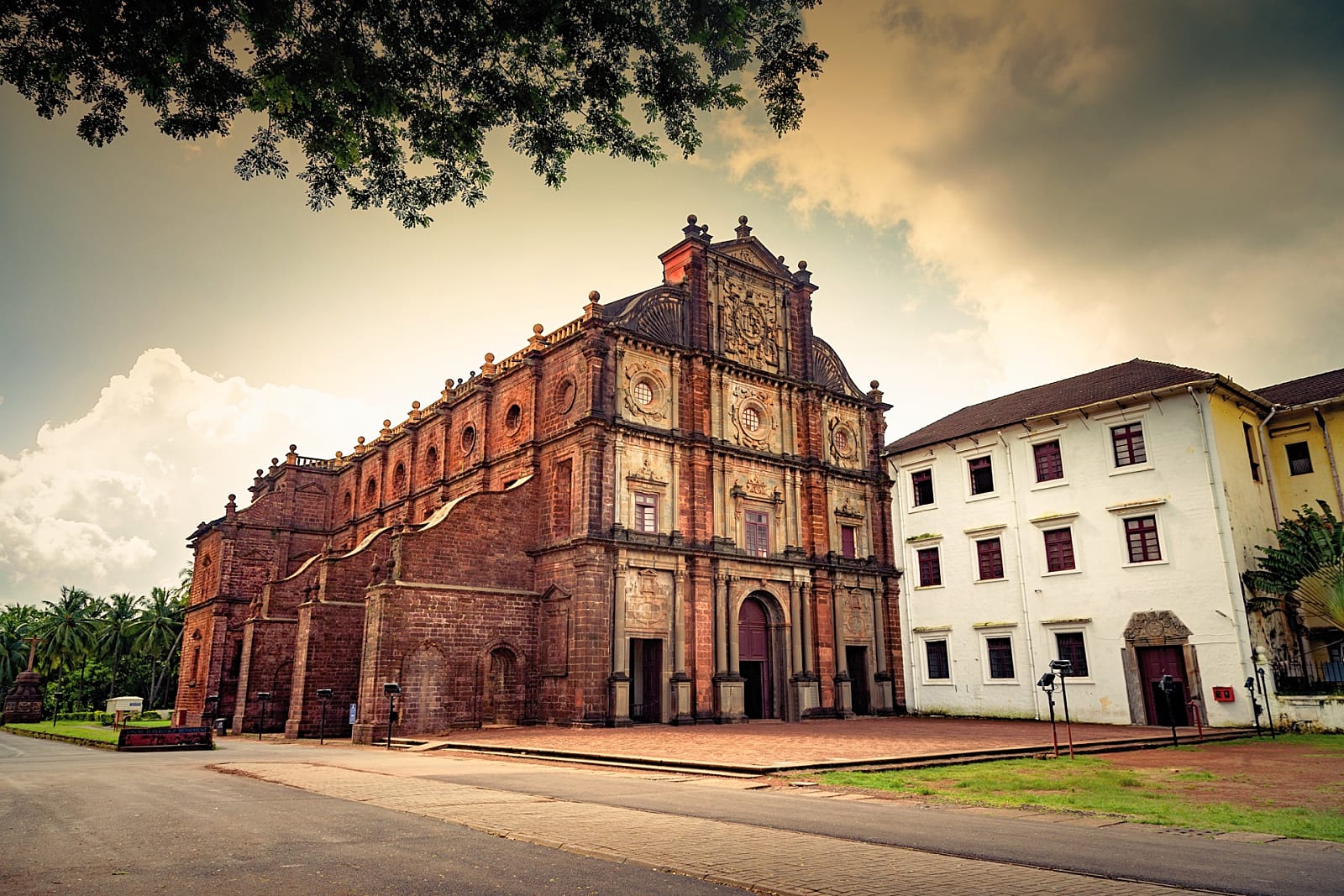 The Old Goa walk begins from Viceroy’s Arch that was built in 1597 as a commemoration to Vasco Da Gama. Construction was done by his grandson, after becoming the viceroy of the Goa. Then move to the church of St. Cajetan which is the only domed church of Old Goa built in 1640. Inside the church are internal buttresses and four huge pillars that still impress with its architecture. Next is the famous Basilica of Bom Jesus which is a UNESCO World Heritage Site. It is Goa’s most famous church that is visited by Christians from all over the world. Bom Jesus means Infant Jesus. The church is home to the mortal remains of St. Francis Xavier who was Navarrese Roman Catholic missionary and the co-founder of the Society of Jesus. The walk ends in Se Cathedral which is the largest church is Goa and a 16th century monument dedicated to St. Catherine of Alexandria. Spend some time in the Archeological Museum inside the churn and is open to the public.

Street food is the specialty of Old Delhi, as the lanes here are full of eateries and joints that have earned international reputation. Amid the chaotic and busy streets one will find the remnants of Mughal Empire in form of monuments and heavenly cuisines. To find the true essence of the bygone era, go to Chandni Chowk. 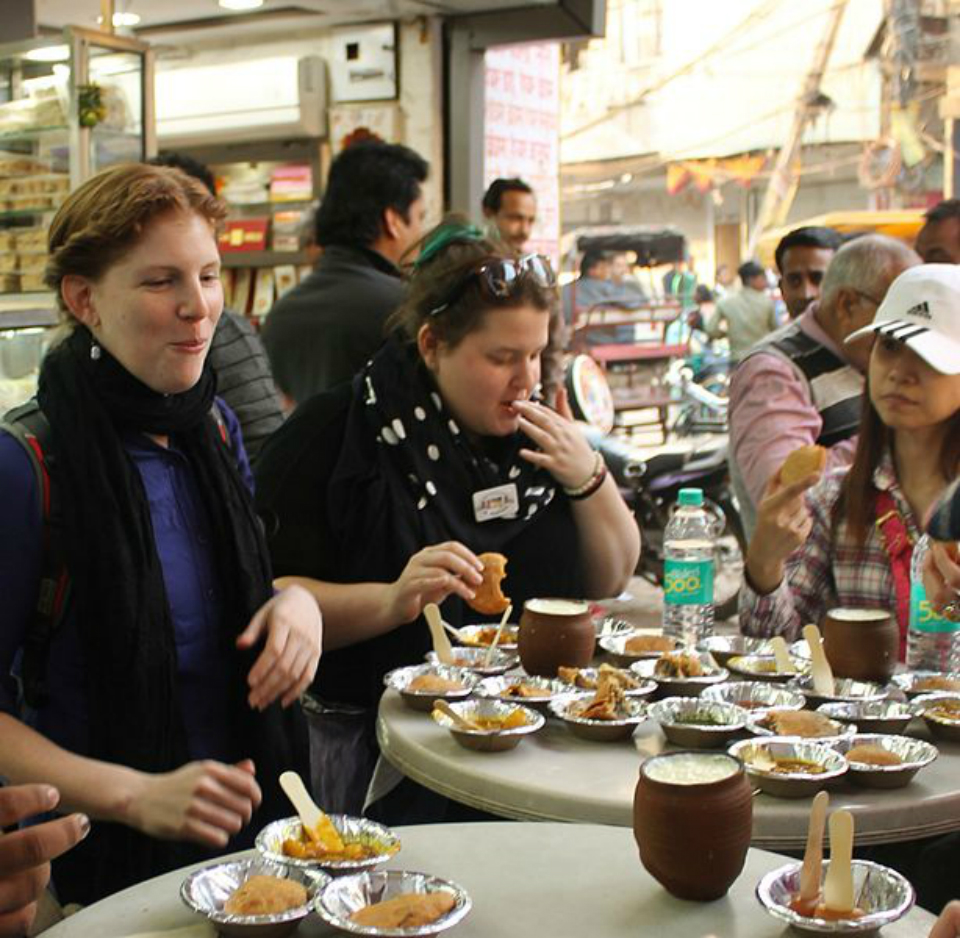 Begin with the iconic Sikh Shrine Gurudwara Sis Ganj Sahib which has thousands of stories to tell regarding the great Guru’s martyrdom. From here the footwork begins towards the delicious snack shops that serve various kinds of chaat. Whatever is your taste, sweet, spicy or tangy, it will be served to you in the most perfect way. Continue to taste the favourite snack of India – Samosa which is an Indian bread patty stuffed with various fillings. They will be serves steaming hot with a variety of sauces, locally called chutneys. 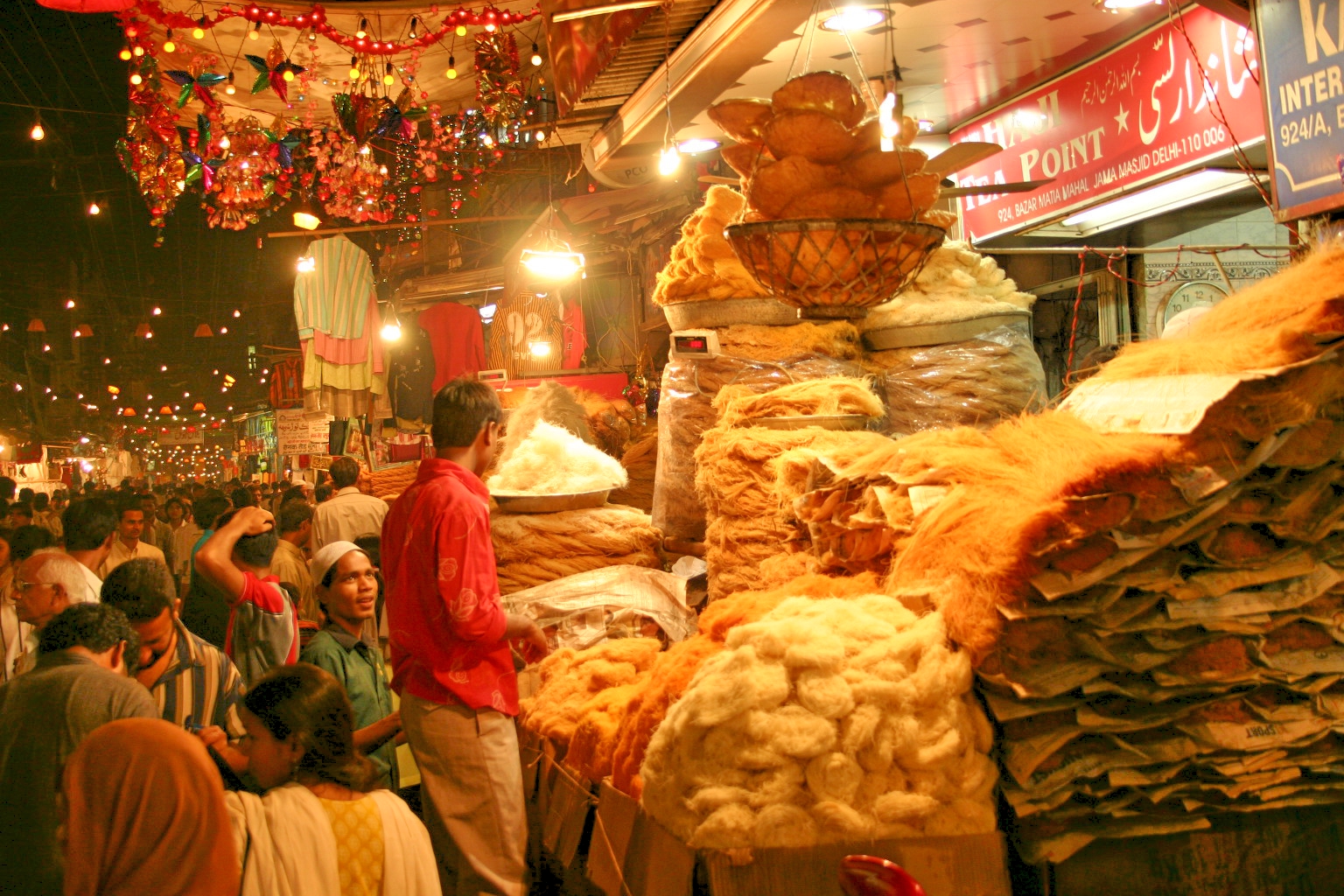 Proceed towards the Kinari Bazar and marvel at the beautiful mansions that are here since 18th century. These lanes and houses have been a witness to the Mughal Empire and emperors who created this place. Pass through Naughara, Dariba Kalan and also stop at the legendary antique jewellery shops till you reach your next food destination. After a footwork of almost 1.5 km, you reach the parathe wali gali which is famous all over the country for its paratha or Indian bread with various stuffing. Add a cup of masala chai to it as you look at the age-old houses here that dot the lanes. To end the trail on a sweet note, visit the sweet shops that are a few walks away from this place. Don’t know the direction? No worries, the aroma of desi ghee shall guide you. The array of age-old sweet shops will confuse you with the endless varieties. Try them out and take them back home for your friends and relatives.

Chennai, the cultural hotspot of India has a neighbourhood called Mylapore that boasts of a history and culture more than 1000s of years old. During that time it was ruled by the Romans and they used to barter clothes and pepper with Rome in exchange of gold. The piece of land changed hands with Portuguese and British till India got Independent in 1947. Still living the ancient heritage, Mylapore is full of ancient temples that continue to amaze with its typical South Indian architecture. On one hand there are skyscrapers and on another are temples of Kapaleeswarar and San Thome Church that whet one’s spiritual appetite.  Whatever is it, a walk through its lanes is an experience of a lifetime. 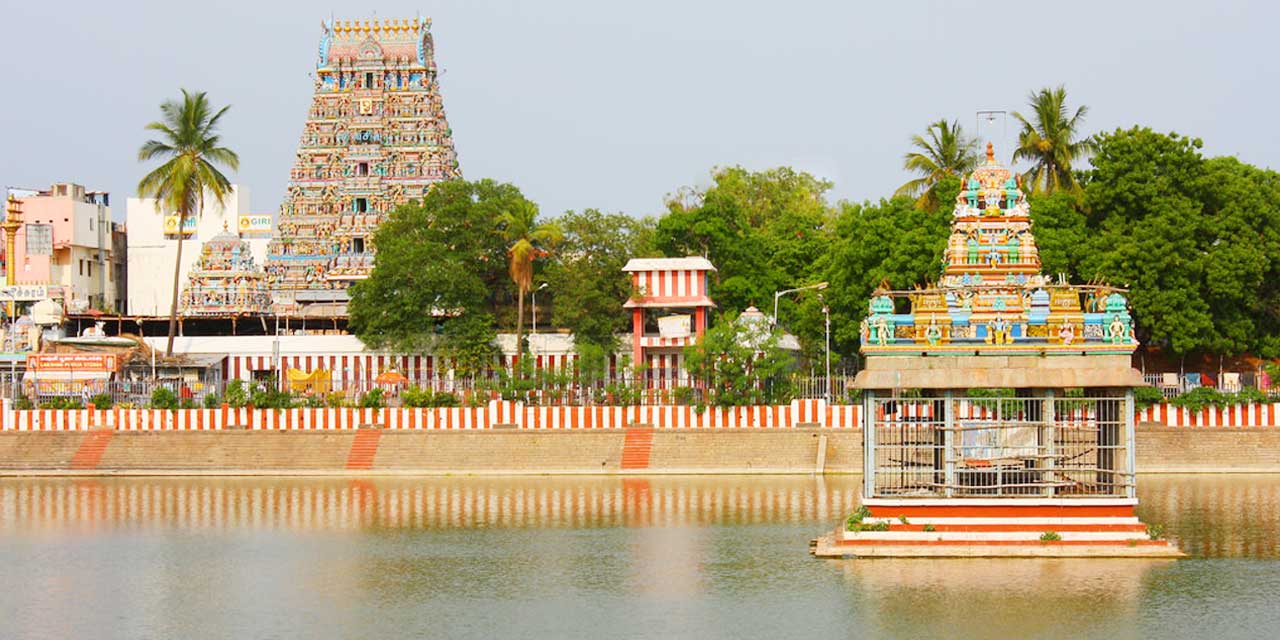 Begin your walk from the North Mada Street near the 17th century Kapaleeswarar Temple. A piece of brilliant Dravidian architecture, it is one of the oldest temples of the city, built by the Vijaynagara Kings. With Lord Shiva as the presiding deity here, Hindus from all over the world come here for blessings. The temple can be identified by its 37 metre high gopuram that is visible from a good distance. As you enter, you will be greeted by the sculpture of Saint Gnanasambandar. Inside are carvings of bronze that belong to 63 shaivaite saints. In the courtyard of the temple is a holy Punnai tree that is believed to be one among the oldest trees of Madras or Chennai. 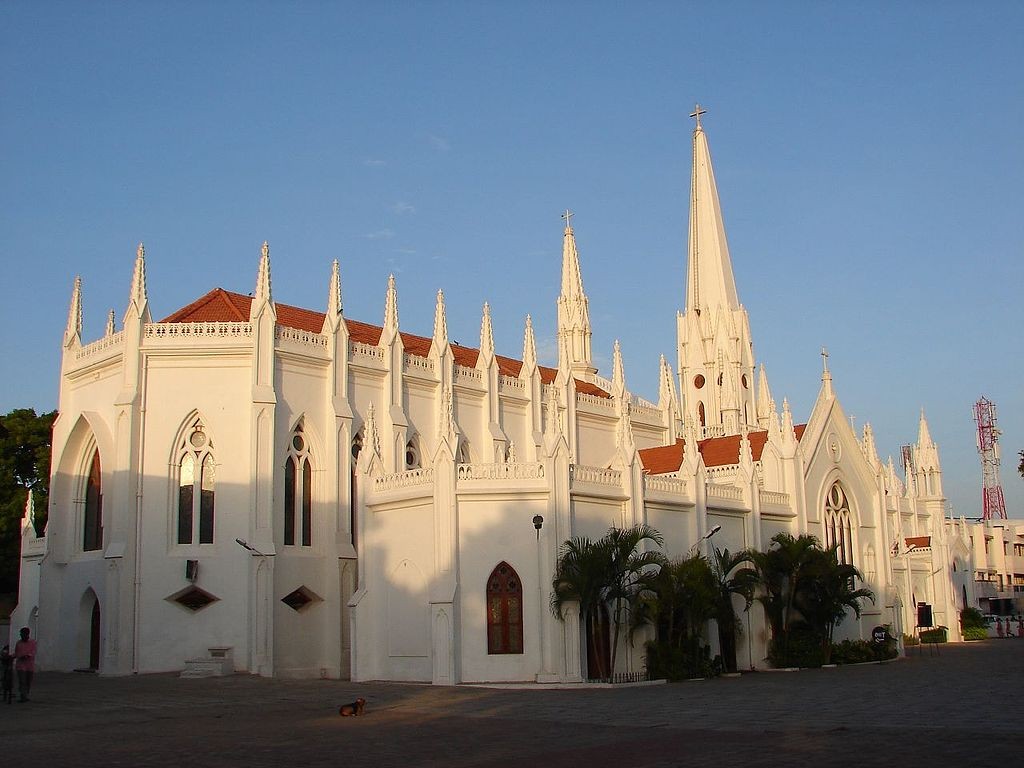 After a spiritual experience, continue to the Ramakrishna Math which is a monastic organization of the 19th century saint Sri Ramakrishna Paramahansa. This universal temple has a beautiful mandapam, a multimedia museum and a library full of books dedicated to the great saint. Now turn to Christianity by visiting the famous San Thome Basilica which is the principle church of Roman Catholic Archdiocese. Built in the 16th century, the church is designed in neo-gothic style and has a white façade. The building has large windows that lit up the church with sunlight. Spend some quite moments in peace and tranquility and visit the museum here, which is full of antiquities. Last stop of this tour is the famous Light House, that was earlier known as the Madras light house. Standing tall on the Marina beach, this offers a spectacular view of the beach and its surroundings. Give yourself some rest and sit in the beach for some fresh air that is hard to get in the polluted cities.

On the Spooky Cemetery Lanes of Shimla

Final resting places are not something on the priority list of any tourist; but this cemetery is not a boring one. Shimla has always been a favourite haunt of the British, and some of them did not go back even after India’s Independence. They lived here, developed this town and also died here. Ridge Ground is the place that is full of old British houses which can be visited for their architecture. While walking in the lanes, one will discover the old houses that they left behind. Get an idea about the cultures they followed as you walk the lanes to reach the cemeteries. 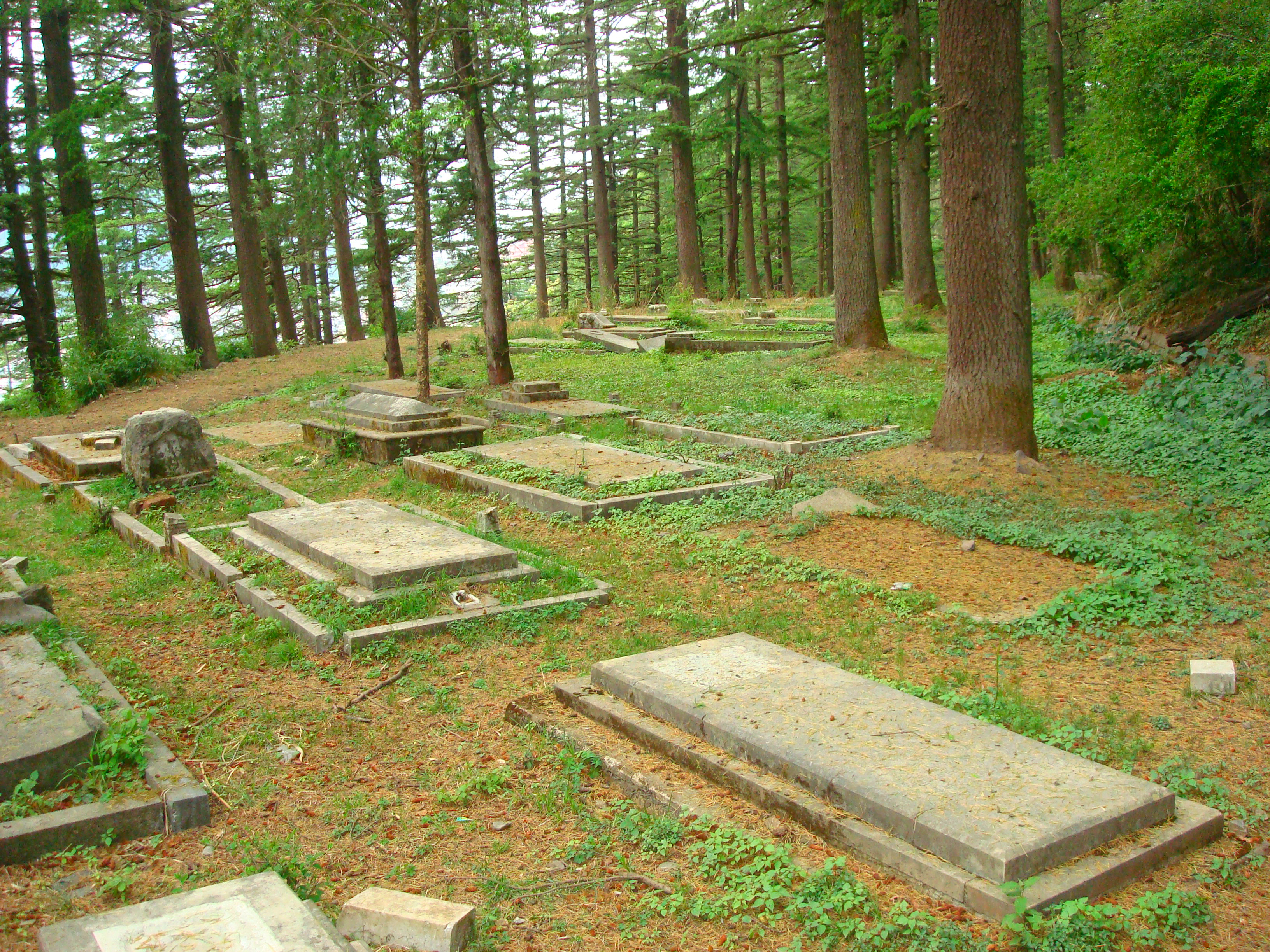 The tour begins from the Ridge ground which is a hub of cultural activities of Shimla. Along the Mall road, the place is full of many local and branded shops that are always full shoppers. From this ground, take the Lakkar Bazar route and walk towards the Sanjauli Cemetery via Snowdon Hospital. Continue to the private graveyard in Nav Bahar that belongs to the Nuns of Chalsea. Since 1870’s this grave yard has been the resting place of the nuns of the Convent of Jesus and Mary. Here, one will find many nuns of the Loreto order. The cemetery has a memorial gate named after Colonel Parker who died in 1837, though the graveyard does not have his body. After spending some time in the cemetery, walk till Mall Road towards Oakover that has the oldest cemetery in the city. The area is full of historic buildings that belong to the British era. Some of them also served as a residence of the erstwhile Maharajas of the Patiala State. Continue walking till the Mall Road and get busy doing some hearty shopping.  It is also a great place to try out some European as well as local dishes. 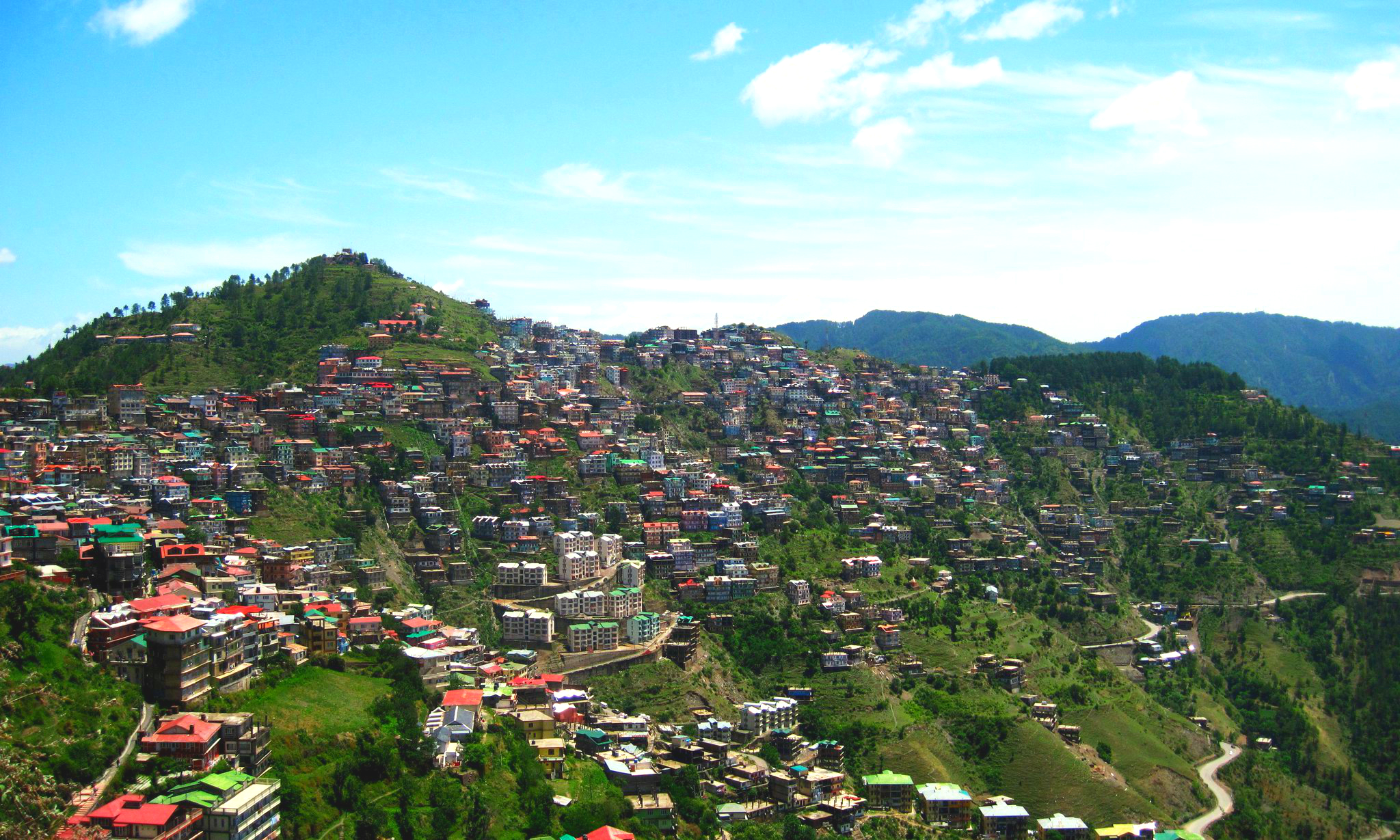