India – The Land of Spirituality

India is a land which is home to not just devotees, but also heavenly gods and mystic saints. Their divine presence has left innumerable imprints which are marked by holy temples. Since time immemorial, the country is flooded with various religious sites that connect one to the almighty. Here one can witness the miracles of supernatural powers and allow them to receive blessings.

Let us take a tour of some of such unique temples, which have an unusual mythological connection. Some known and some unknown, they continue to awestruck people with their legends, uniqueness and miracles. 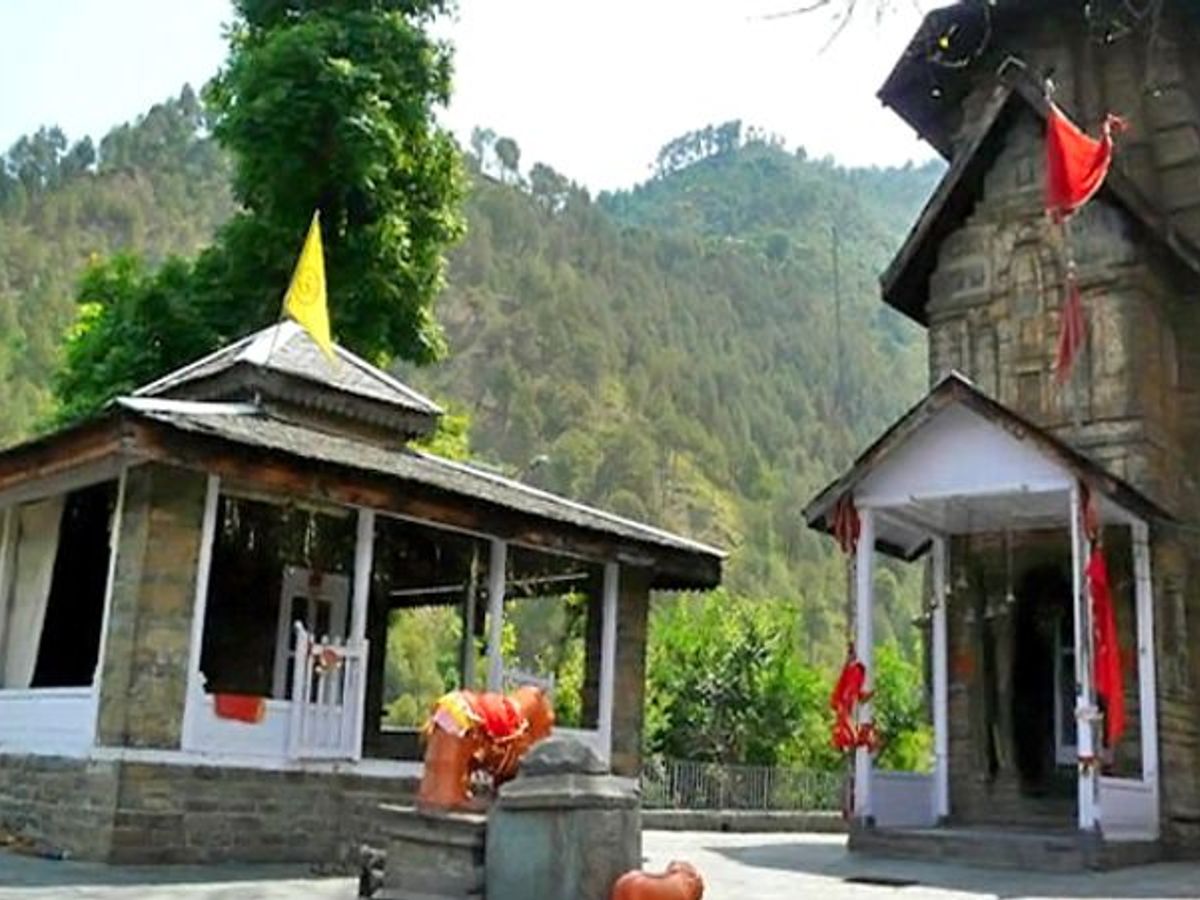 Yamraj Temple in Chamba – Court of the Lord of Death

Chamba district in Himachal Pradesh has a place called Bharmour. Here, one will find a small temple that looks like a house. But, you will be surprised to know, that this is the Court of Yamraj; Lord of Death in Hinduism. Every soul, after death comes here for its ultimate judgment. It is done by the Lord and his secretary Chitragupt. Only after this court session, further journey of the soul is decided.

As per locals, this temple has four doors, also mentioned in Garuda Puran. These doors are made of gold, bronze and iron and visible only to souls. From these doors itself, people go to heaven, hell or any other world and the decision is being made by Yamraj from the records of Chitragupta. Gupteshwar Mahadeva is a Lord Shiva temple in the deep caves of Asirgarh Fort, near Burhanpur in Madhya Pradesh. This temple has been associated with Ashwathama, son of Dronacharya, Guru of Pandavas and Kauravas in Mahabharata.

As per legend, Ashwathama was cursed by Lord Krishna with immortality and also an incurable leprosy. He was born with a gem on his forehead which made him Chiranjivi and man of extreme power. As a punishment of killing Abhimanyu’s unborn child, he had to surrender this stone by cutting it out from his head. This wound also does not heal and became a septic.

Since Ashwathama is a staunch devotee of Lord Shiva, hence Krishna told him to worship Lord Shiva. He is the only one who can liberate Ashwathama from his painful life.

It is believed that Ashwathama comes to the temple of Gupteshwar Mahadeva through a secret passage and performs pooja in the midnight. In the morning, when the priest opens the doors of the temple, fresh flowers on shivalingam are found. The Vanishing Temple of Stambheshwar Mahadev

Famous as Gupt Teerth or a secret pilgrimage; the temple of Lord Shiva lies in the small town called Kavi Kambol in Vadodara Gujarat. What is unique about this temple is that it submerges and re-emerges from sea two times in a day.

As per legend, this shivlingam was established by Lord Kartikeya, son of Shiva. Demon Tarakasura was an evil demon who created havoc in all the three worlds. By the orders of Lord Shiva, his son Kartikeya waged a war against the demon and killed him. This act filled Kartikeya with sorrow and he was feeling guilty for his deed. Seeing this, Lord Vishnu advised him to install a shivalingam and worship it.

Devotees come here only during low tide to successfully get a darshan of the Lord. The Arabian Sea itself does the abhishekam of the shivalingam and it possesses miraculous powers that fulfills every wish of his devotees. Om Banna Shrine – the Story of an Accident

Pali-Jodhpur National Highway 65, about 40 km from Jodhpur in Rajasthan; Om Singh Rathore died in a bike accident. He was drunk and crashed his bike on a tree causing his immediate death.

Now..one would wonder what is so great about it !!

Police brought Om’s body and also his bike. But the next day the bike was again found at the place where it met with an accident. This mysterious event kept on happening, till police stopped bringing it to the station. Later people made a shrine around the bike and it is believed that Om Banna or Bullet Baba protects travelers here from accidents. Lord Balaji of Chilkur Hyderabad is famous as Visa God and possesses the power to grant a visa for U.S. This place has become a Visa Pilgrimage for all those people who are not able to get a visa.

Situated on the banks of Osman Sagar Lake, the temple was made popular by a group of Software Engineering students. In 1980s they visited the Lord before applying for a Visa in US for further studies. To people’s surprise, all of them got selected.

Since that time, devotees from all parts of the country come here if their visa application is rejected. They pray to Lord Balaji and against all odds, their visa will be accepted. The shrine receives people in lakhs every year; Friday and Sunday sees a major rush. 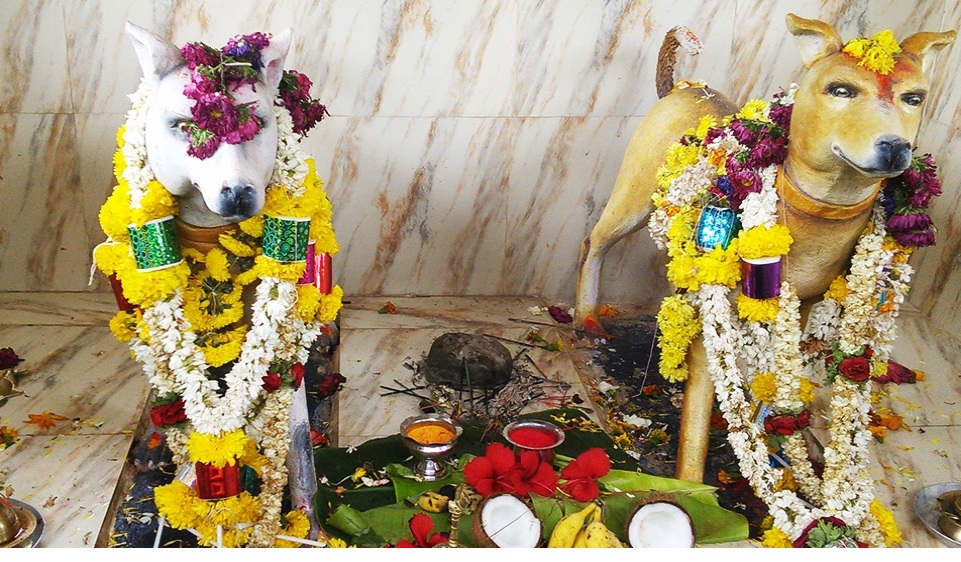 Channapatna in Ramanagar district Karnataka is famous for a Dog Temple. Unlike any other temple, this place is full of dog statues and the animal is considered a god.

As per legend, this temple was built in 2010, by a businessman named Ramesh as the abode of Goddess Kempamma. Villagers claim that the goddess herself instructed them to find two dogs that disappeared from the village sometime back. The villages could not find the dogs, but to keep the Goddess’s word, they built idols of two dogs inside a temple and started worshipping them. Some people also believe that this temple honours the loyalty of dogs in the life of people.

Whatever the reason may be, locals here believe that the temple has mystic powers. By worshipping here, one will receive the blessing of Goddess Kempamma. Lift a Boulder with 11 Fingers in Qamar Ali Dargah

It is famous saying, that ‘Faith Can Move Mountains’; in this 7-century old Dargah of Pir Qamar Ali Darvesh.. faith can lift boulders.

On the Pune-Satara Highway in Shivapur village, the tomb of Pir Qamar Ali Darvesh is visited by people of all walks of life. Though the saint lived for a very short time, but he left behind his magical powers in form of a boulder.

The dargah, made up of beautiful white marble has a huge boulder which 11 people lift with the tip of their index finger. It needs exact 11 people, not more, not less. It is a miracle to see people lifting such a heavy boulder by calling the name of Qamar Ali Darvesh. Thousands of people visit here to see this miracle and also try it with their own fingers. 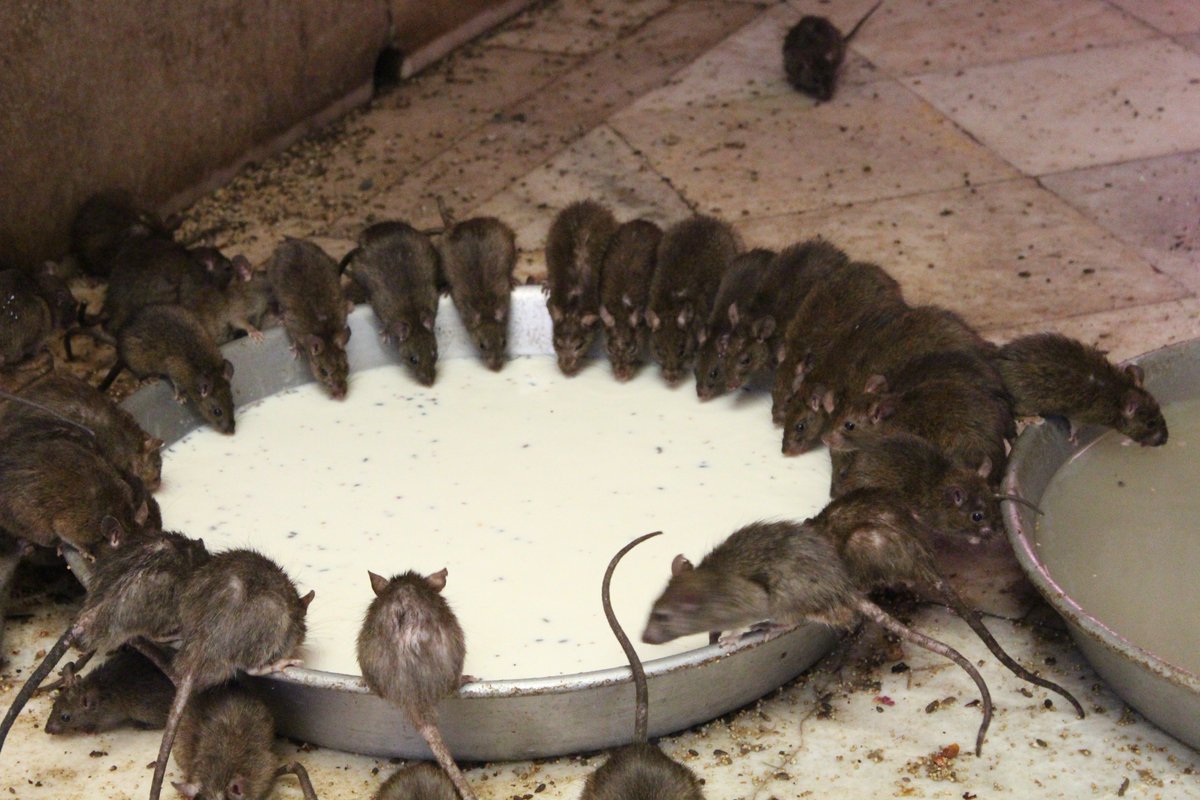 In the heart of Thar Desert, the temple of Karni Mata is unique because of its huge Rat population. Located in Deshnok, Bikaner, Rajasthan, the temple was built in the 15th century and worships a form of Goddess Durga as Karni Mata.

As per the folklores of Bikaner, Karni Mata had asked the Lord of Yama (death) to re-incarnate her step son Lakshman. He died while trying to drink water from a pond. Lord of Death refused to bring him back to life but after being pressurized by Karni Mata, he was re-incarnated as a rat. People also believe that once an army of 20,000 soldiers attacked Deshnok. They were all turned into rats by the Goddess. Rats here are known as ‘kabbas’ or ‘little children,’ of the Goddess and are fed with grains, milk and coconuts shells from huge metal bowls.

Karni Mata lived for 151 years and then turned into Jyotirlinga. People constructed a temple here since then it became the home of 25,000 rats. They live here and are seen running all around and also drinking milk. Devotees come here to seek the blessings of Goddess Karni Mata by feeding the rats.